Your Wall and the Impediments to the Unfolding of the Self 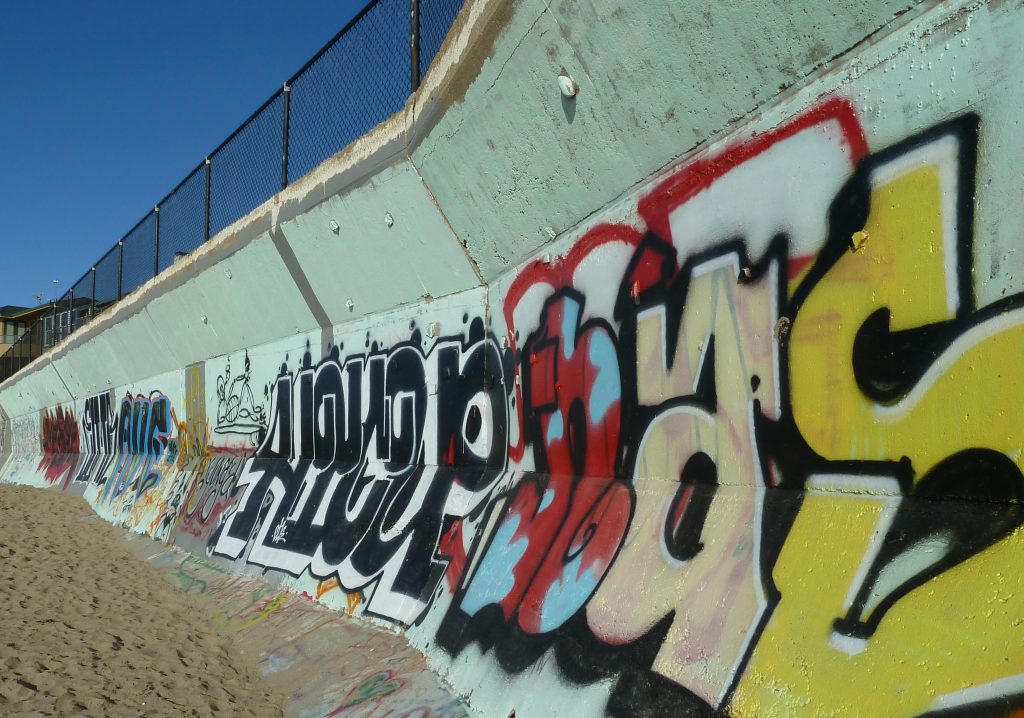 Walls come in many sizes and shapes; big and thick, concrete and hard, colorful and graffiti-filled. Walls stop things, quickly. They don’t give. There is no easy way through. Walls are solid and they mean business. I heard the following dream with an important image of a wall from a middle-aged woman:

I was walking with my dog by the water. She was running really fast, playfully. She ran into a wall and “splatted” like Wile E. Coyote would do in the Looney Tunes cartoons. I thought the dog may be dead, but when I went up to her, she showed small signs of life.

This dream reminded the dreamer of the psychological “walls” in her life. Walls must eventually be torn down for our psychological growth to occur. Common walls or obstacles to this personal growth may include: addictions, anger and cynicism, abuse of power and control, perfectionism, fear and anxiety, intellectualism at the expense of truth, avoidance of conflict, and the list goes on and on. Your wall may be an inner dilemma that you have postponed confronting in order to “play it safe.” Another person’s wall might be a particularly challenging wall in their relationship that must be made conscious before the relationship can move forward.

The wall image from the above dream will require contemplation, reflection, and perhaps will include an inner dialogue in an effort to understand the wall’s message. In our above dream example, it is important for the dreamer to move forward in her life by working with the dream and the image of the wall. Dialoguing with the image, such as with the Jungian technique of active imagination, would be one way to try to get the message inherent in the wall. There is a message here in this dream; one that could help to allow the dreamer to move forward in an important area of her life. Fortunately for the dreamer, the dream also gives evidence of a potentially positive outcome. Her dog shows “signs of life” even after running straight into the wall and “splatting.” The dreamer was very reluctant to deal with her wall. The dream, however, gives her hope.

Though our walls can be significant and serious impediments to our psychological development, in the referenced dream, the dream uses a cartoon image of Wile E. Coyote to also relay humor to the dreamer. It’s as if this dream is suggesting to the dreamer that though her wall is a significant obstacle, it does not have to stop her from moving forward now even in spite of the wall. In fact, I would say from the chronology of the dream that the unconscious expects this forward movement from the dreamer because there is still “life” in the movements of her dog. A humorous approach to the wall and to the woman’s life could make the wall less intimidating or provide away around or over the wall.

Not only can wall images present in dreams, they show up in other life images as well. Runners often describe the feeling of “hitting the wall” when physical exhaustion hits and the stamina to continue disappears. Artists use walls as a medium for their art. Beautiful murals and graffiti show up on walls. Walls also get “tagged” by gang members to mark their territory and make their presence known. These walls get noticed. Dreams similarly can use images of walls in attempts to get our attention. A wall does get our attention. They demand it. We notice the mural or the graffiti as we drive by the wall on our way to work. We may not like what we see in the case of some graffiti, but the wall is there competing for our attention regardless of our ego’s position. 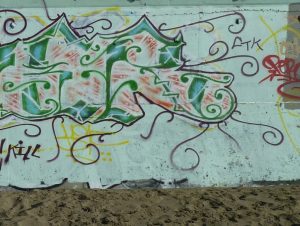 Some people use walls to act out and express extreme anger and destructive impulses. These behaviors sometimes get expressed in the psychotherapist’s office or in the psychiatric hospital. Clients occasionally use the image of walls when they are feeling stuck or powerless. I sometimes hear the expression, “I felt as if I was hitting my head against the wall,” while a client is trying to express these frustrations. The wall image here is used to convey a very descriptive image. A violent use of real walls occurs when someone literally puts his fist through a wall. Another even more destructive behavior of self-harm is when someone actually bangs her head against a wall. It is possible that these examples of harmful behaviors could have been prevented or greatly minimized, in some cases, by working first with the “inner” walls that are inhibiting vital aspects in the development of the personality.

Contrary to these behaviors, an artist creating a beautiful mural on a wall, such as the Capitola, CA mural by John Ton to the 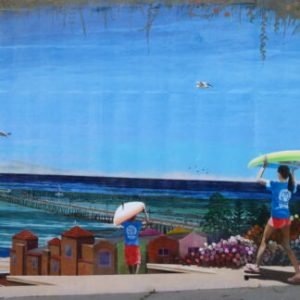 right, is an example of the artist’s ability to navigate his or her own inner wall. When this occurs, we all get the benefit from the creative expression of the artist’s painting the mural on a wall in a public space. Therefore, navigating your walls is not only vital to the unfolding of the Self, but it can directly benefit the greater community as well.

I am discussing the diverse and sometimes extreme examples of both real and symbolic walls to further illustrate the significance that walls play in both of our inner and outer lives. It is important to acknowledge your walls and to understand their destructive purpose of increasing the impediments to the unfolding of the Self. Think about the “walls” in your own life. Everyone has them at one time or another. Jungian psychotherapy is a good way to learn about the walls in your life, and it can be an effective method to assist with tearing down these walls. If there is not an obvious way through the walls in your life, with time and deep psychological work, there will likely be a way suggested by the unconscious to help navigate your walls. Jung discussed the notion that most of the big problems in life are not solved directly, but are in actuality “outgrown.” Assisting with the unfolding of the Self is quite possibly the most important work of your life. Do not let your walls impede the way. 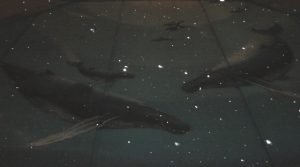 Toronto, Ontario and whale mural on wall of building