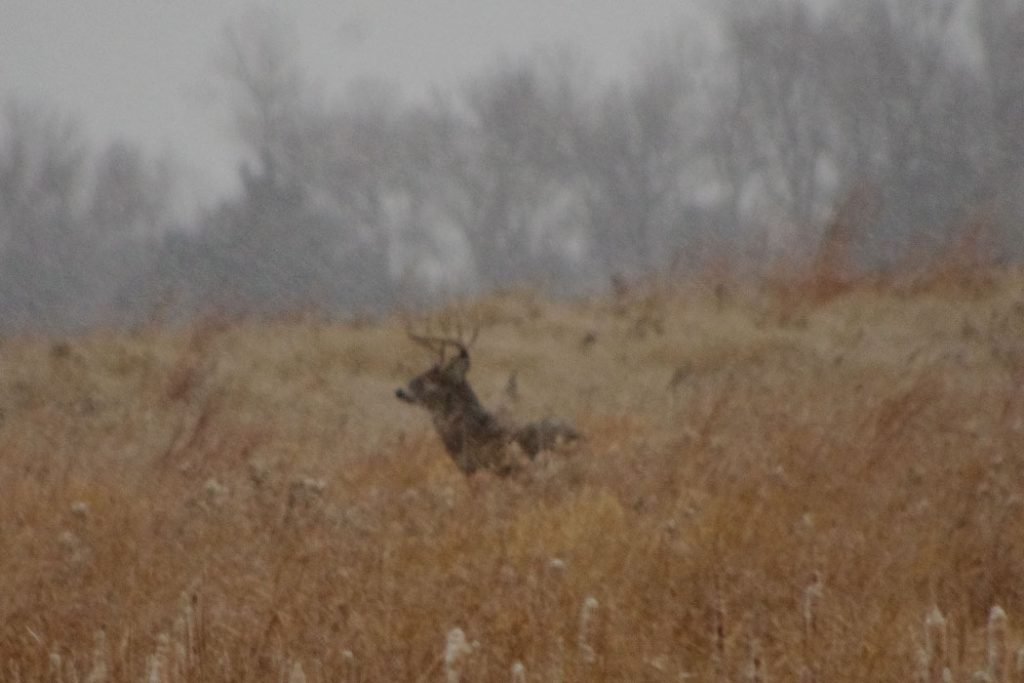 The masculine, and masculinity are both alive and well in the psyche of 21st century man. The challenge for today’s man is to acknowledge precisely where and when to actualize his masculine potential. The idea of “where” to channel this psychic energy in today’s world is indeed of some concern. To me, there is no doubt that some of the problems for men today are indirectly related to the lack of available avenues for the expression of both raw and refined masculine energy. The modern man is challenged not to shy away from his inherent and sometimes frowned upon (by society) masculinity, nor give up in despair as some of the more typical roles for the expression of healthy masculinity are becoming less available due to the down economy, technological advances and other prevailing trends.

Carl Jung posited that there is both an innate inner feminine in men, the anima, and an innate inner masculine in women, the animus. It is important to note that since women have a hidden masculine (animus) part to their personality, they too are tasked to develop these less conscious parts of their personality. For the purpose of this article, however, I will be speaking to the masculine as it relates to the psychology of men.

I will discuss one poignant archetypal dream from a modern, 21st century man that will illustrate the masculine’s presence today, but before I do that I want to focus on an apropos symbol for both historical and modern man.

An animal and image that has embodied the masculine over time is the stag. The photograph above of the white-tail deer buck, or stag, is the perfect image for a symbol of the masculine. In this photograph, he is standing alone, in the snow at low light. His large antlers, which he uses for fighting, are a symbol of assertiveness and strength. They are also pointed at the tips like a spear. The stag is alone in the photograph, just like a man will be psychologically alone when he must embrace the energy of the masculine and during his greatest life challenges.

Psychiatrist and Jungian analyst Neil Russack (2002) discussed the stag in his excellent book about animals and Jungian psychology. In this book, he also referenced the book The Grail Legend, written by well-known Jungian analyst Marie-Louise von Franz and Carl Jung’s wife, Emma. They wrote about the stag as a symbolic God or Self image.

Russack said about the male deer, “The deer’s yearly horns are the headdress honoring the regenerative powers of nature. With these horns the deer can stake its territory and claim its space. They serve as both a weapon, and sexual ornament.” He added, “The antlers, designed for attacking and defending, would represent an expression of assertiveness that is not split off from nature.”

The antlers of the stag also symbolize the cycle of death and renewal since each fall antlers fall off after the mating season, only to grow back again the following year. Russack (2002) also notes that antlers have a spiritual connotation in that they reach up toward the heavens and can “point” the way for a man.

Finally, it is interesting to note that antlers turn from a “velvet” stage in their growth process, to a hard, bony, refined sharpness of later stages when they are finally formed into fighting tools. Looking at this natural biological process, it further illustrates the stag and specifically his antlers, as an ideal symbol for the masculine: an evolution in the formation of antlers which includes passing through a phase of the soft and feminine (velvet phase), into a solid and refined antler and masculinity.

It is hard to think of the stag without thinking of the stag’s relationship to the hunter. It is not just by accident that the stag is a much sought after animal by the hunter. Caspari (2003) notes that the stag and people dressed as stags have appeared in Paleolithic cave paintings. She adds that for the hunter, the deer or stag acts as a psycho-pomp, or soul guide, taking the hunter deeper and deeper into the wilderness. Caspari sees the stag’s guiding quality as the most salient symbolic attribute.

The stag’s intimate relationship with the hunter is also seen in the symbol and myth of the “Lord of the Hunt,” or Cernunnos. Cernunnos was a Celtic pagan god, and symbol of the masculine. Cernunnos had the body of a mature man, and the horns of a stag.

Jungian analyst Sherry L. Salman, in her article The Horned God: Masculine Dynamics of Power and Soul (1986), discussed “The Horned God,” as a symbolic figure which evaluates modern masculine ego development (and the feminine animus development.) In her book this archetypal image was seen to help a man in the confrontation with the objective psyche and helping him on the masculine journey which ideally will involve a balance of the both the instinctual and the transpersonal realms. According to Salman, if this journey and confrontation is handled properly, it can result in an “inner potency” and power. Just as interesting and fitting, the book described the “Horned God” as “the adversary and the savior who, with the one hand, protects the Mysteries from destructive influences and, with the other, protects the human psyche from contact with what it cannot bear.”

It is not good enough to only acknowledge masculine imagery when it is present in a man’s psyche. The masculine must be both worked with psychologically and also enacted in a man’s outer life. In other words, and as Jungian analyst Eugene Monick (1987) so fittingly put it, “Masculinity is an accomplishment, not a birthright.”

I recently read a thought-provoking article by journalist Hanna Rosin (2012). This article titled, Are Men an Endangered Species? was an excerpt from her new book, The End of Men and the Rise of Women. In the article she says, “The modern economy is becoming a place where women hold the cards.” She adds, “Many professions that have gone from all-male to female and almost none that have gone the other way.” She concludes that, “Men are stuck,” and said, “They could move into new roles now open to them—nurse, teacher, full-time father—but for some reason, they hesitate.”

Considering the above very interesting points by Rosin, let’s now look at the archetypal dream referenced at the beginning of this article. The dreamer was a modern, 21st century man—a businessman and middle-aged man in the midst of a career crisis. He could have been from about anywhere in North America. He dreamed:

I was with two of my best friends in Alaska. They lived there. I was tasked with shooting a Grizzly Bear with a pistol and then eating its heart. It was a test of manhood. Or they could just give me the bear meat to eat. I wanted to shoot the bear and eat the meat and heart myself though.

The essence of a dream like this could have been an initiation dream from a man two-hundred years ago. A Native American warrior perhaps, one might surmise, if they didn’t know the background of the dreamer, and had only the dream to go on.

You see, the psyche’s definitions of masculinity and its expectations for a man today has not changed much in hundreds of years. The bigger question to ask, I think, when examining this dream, is why use the imagery of killing a Grizzly bear and eating its heart in the year 2012? I believe that part of the answer is that the man of today is asked to take no less of a masculine position in his world, duties and obligations, than was asked of the warrior of two-hundred years ago. I cannot think of a better dream image for the modern man when confronted with a task demanding masculinity than the raw, primitive, and powerful imagery of killing a Grizzly bear and then eating the bear heart.

As we can see from this dream, the male psyche of today is not endangered. The 21st century psychotherapist and/or analyst working with the unconscious depths in his or her male clients will most likely be familiar with similar archetypal male dreams containing raw masculine imagery.

Rosin (2012) noted that men are sometimes stuck in this economy with its lack of masculine jobs that were once plentiful, such as in the construction field, etc. She makes some good points, but this is where I disagree with Rosin: the solution for men is not to move into less traditional male jobs or roles (unless of course, they are called to do so) like as a nurse, teacher, or full-time father, as Rosin mentioned. A way through life is still presented by the psyche, as illustrated in the above dream, to the modern man while at the same time honoring and keeping the archetypal masculine intact.

The 21st century man, I believe, continues to be tasked with embracing and finding room in his life to walk a masculine path with heart and one requiring the same kind of toughness, courage, and rawness as that which would be necessary and discovered in the killing of a Grizzly bear and the eating of its heart.

But tempered against this background, men must balance masculinity shaped in part by the inner feminine, the Jungian anima. This is one way in which the raw masculine energy is best grounded, and protected from a rise into patriarchy, and the unhealthy utilization of male power and control, the shadow side of modern masculinity.

Rosin concluded her article about men by saying, “There is no ‘natural’ order, only the way things are.” Such a conclusion may seem apparent from a snapshot of modern man and his place in today’s world. The depth psychologist knows otherwise. The psyche has its own perspective on modern man. There is still a “natural order” so to speak, when we look at and follow the evolution of the male (and female) psyche over time. The 21st century man’s psyche contains imagery that is deeply connected to his ancestral past and tied to the natural world and animals, such as the stag as discussed as a masculine symbol and the grizzly bear as depicted in the referenced dream.

Like the symbolic stag in the photograph at the beginning of this article who is standing alone at dawn in heavy snowfall, men today must re-learn how to intricately and intimately follow the inner guidance from the masculine within. This inner guiding symbol-system knows man’s place in the 21st century. No less is tasked for the modern man today as compared to the warrior from two-hundred years ago. Today, of course, he faces challenges different from the warrior from the past who may have needed to literally kill the Grizzly bear and eat the bear heart as a test and symbol of his manhood. For the 21st century man, his challenges and the essence of the masculine are not endangered; they are simply made anew under new guises waiting to be discovered by courageous explorers of the inner realms.