The following dreams further illustrate how dreams are worked with in the process of Jungian psychotherapy. A 29-year-old woman dreams the following:

The world is coming to an end through some kind of natural disaster and there are just a few more days to live. There is an invitation to go underground, but there is some hesitancy.

Dreams of disasters like earthquakes, fires, floods, wars, etc., often mean that something is dying or needs to die within the individual for psychological growth to occur. In this instance, after the death of an old attitude (her world) a new way of viewing the world will come into being. It is the dreamer’s task to embrace and actualize the change coming from within. But she is hesitant to change. The dream’s invitation to go underground or deeper into her psyche would be the best way to facilitate this change. Often, in dreams like this, there can be a relief of psychological symptoms, if present, when the inner changes are embraced. And of more importance, a deeper and more meaningful life would give the woman strength to move into her future.

Dreams will sometimes provide warnings that the dreamer’s life has gone off track. The following dream illustrates this type of dream well:

I lived in a top floor apartment and had a wild cat, a cougar, as a pet. The cat escaped and jumped from the roof and ended up dead. I was very sad and started crying.

The dangerous and important message from this dream suggests that unless this man changes his life dramatically his deeper self (the cougar) could end up dead. By giving up his excessive reliance on his intellect (top-floor apartment) and embracing his feeling side of his personality (sad and crying part) he will make the necessary change.

Jung discussed two common archetypes (internal innate images) he called the anima, and the animus. Both men and women have dreams of these archetypal images. A man’s unconscious will have an inner feminine image, the anima. A woman’s unconscious will have an inner masculine image, the animus. An important part of Jungian psychotherapy with both men and women often deals with the integration of the anima/animus. The next dream illustrates a 27-year-old man’s anima dream:

I am swimming through an underground tunnel with my girlfriend and running out of air. My girlfriend found a spot to come up for air. I am going to follow her.

This dream illustrates both what is happening in the man’s life (feeling emotionally trapped) and a possible solution. He will have to follow the inner feminine to discover “more air” or a spiritual attitude toward his life. In this case, the man adopted an attitude of forgiveness which helped him to stay connected in his important outer relationship with his girlfriend.

Often, the first dream that a person presents in therapy can be a prognosis. If the above dream was presented as an initial dream, it would be a decent indicator of a potentially positive outcome of the course of psychotherapy.

Women will often dream of the inner male or animus. Sometimes the animus appears as a spiritual guide that takes a woman deeper into her psyche. The following is an example from a 28-year-old woman’s animus dream:

I sensed that there was a world beneath this world that reminded me of feeling like I’m in the Matrix. Then Neo appeared and offered to guide me into that deeper world.

This dream helped her to see that the way she viewed life was partly an illusion like in the movie the Matrix. At the time of the dream she had been struggling in her relationship with her boyfriend. She viewed the relationship like a sentimental 50’s movie and she needed the help of the psyche to see the relationship more clearly. 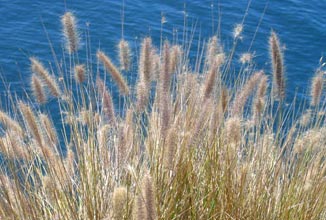