Depression can descend during various life stages. Some children and adolescents will struggle with depression. Their symptoms can be different than adult symptoms. Children or teenagers dealing with clinical depression may start to perform poorly at school. Their mood may be irritable and they may display “acting out” behaviors.

The following example is from a 15-year-old male suffering with depression. He was typically a good student who got along well with family and friends. He excelled at sports and had many interests. While his parents were undergoing a difficult divorce, his behavior changed. His grades dropped and he fought with family, particularly with his mother who he blamed for the divorce. He lost interest in his outside activities. His parents had tried different types of psychotherapy in an attempt to help. Then he had the following dream discussed during a psychotherapy session:

I am sitting around a camp fire smoking a peace pipe with my Mom.

The boy brilliantly came up with the meaning of the dream. He saw that this dream was telling him that it was time to make peace with his mom. He needed this dream in order to make his changes. The dream spoke to him more clearly than parental or therapeutic advice. He avidly talked about this dream during psychotherapy, and in the weeks that followed made significant improvements in the different areas of his life that had been impacted by the depression. Indeed, his mother was very grateful to see these changes in her son and their relationship improved greatly. Additionally, a psychologist who had been working with the entire family noticed the changes as well and admitted that she was very encouraged to notice both the positive attitudinal and behavioral changes.

Dreams are an invaluable tool in helping people suffering from depression. Dreams give the meaning of their lives back to the depressed, and help them move from darkness to light. 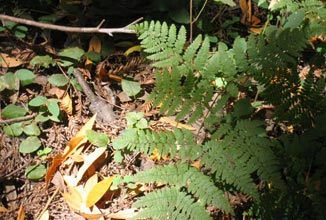