Dreams offer guidance and hope during times of despair and depression. Typically at such times the unconscious offers a path through depression. The following dream was dreamt by a significantly depressed 47-year-old man, and offered him a way through his depression. Prefacing this dream in his journal, he wrote, “I had a dream concerning my faith in God.” He dreamed the following:

I was with Bob and others on a stormy summer night. For some reason we were watching Bob throw rolled up newspapers into the back of a three-quarter ton pickup. The owner of the truck was a grocer. He was a neighborhood older man and a real likable sort. He took Bob up on a bet that he couldn’t make the toss as he moved the truck further and further away. Bob kept making the toss. This took place on the street in front of a church.

Finally, the grocer moved the truck several blocks away. There was a big funnel cloud hanging over the church and the wind was incredible. Nobody thought Bob could make this last toss. The odds were against him. We started to bet on it since it was a physically impossible distance to throw something. I bet the grocer $500.00 because I knew Bob had God on his side. It was obvious to me, yet nobody else seemed to notice. I seldom bet, but this was a given.

Finally, Bob threw the paper and the paper went past the pickup truck. Then, the paper made a few swoops as the wind tossed it about and the paper finally landed in the truck. I knew the toss would be successful. The grocer was amazed and went in to get the money.

This dream gave the dreamer much needed hope during a dark depression. During psychotherapy he mentioned that when he felt particularly bad he would remember the message in the dream which to him was “God can accomplish amazing things in spite of the odds.” His depression was so deep that he thought he would never get better, and his dream helped him to find hope again.

Dreams can provide a strong link to a dreamer’s spirituality. An important part of the depressed 47-year-old man’s dream was the following:

The funnel cloud threatens to destroy the church (old perceptions of spirituality). Since God is represented as the wind in both the Old and New Testaments, the dream suggests, paradoxically and heretically, that the church needs to be destroyed. A new and evolved spirituality needs to be learned and integrated because the funnel cloud (God) will destroy the old and conventional as represented by the church. 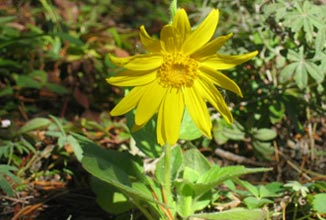