Calcinatio: Sitting in the Heat and Fire 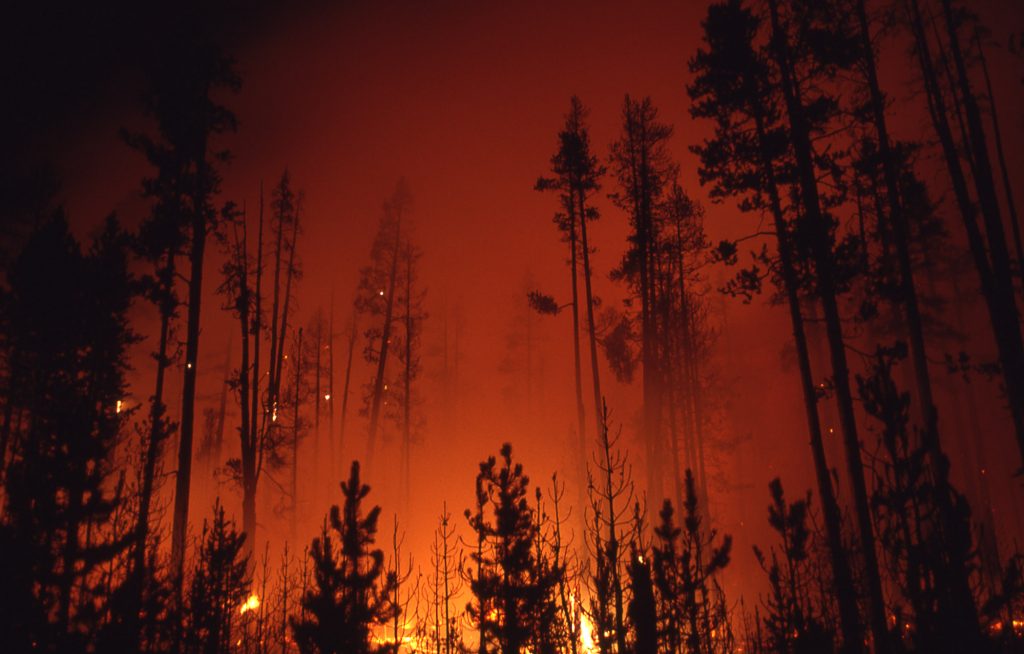 Fire and heat—what occurs outside in nature and is viewed as a natural process there can also occur inside of us in the form of symptomology. But because of one dimensional views on natural psychological phenomenon on the inside, we sometimes call it pathology there. Like forest fires and the heat produced by the flames, symbolic “heat and fire” can be a natural process for us on the inside too, when viewed through the lens of alchemy and the alchemical phase of calcinatio.

Psychological symptoms of calcinatio and “fire and heat” may include the emotion of a burning anger. Cognitively, there may be an inability to think clearly. Bodily, you may feel a sense of “heat” somewhere in the body. Sitting in the heat and allowing for a psychological process of burning away of the old is not easy, but fortunately the psyche has ways of communicating to us when we are in such an important phase.

Although I only mentioned a few examples of how calcinatio imagery may manifest in the mind/body symbolically, the psyche has a myriad of other ways to illustrate this natural process of fire and heat.

Two days of driving across the high desert in 100 + degrees Fahrenheit temperatures and with forest fires, smoke, and a broken air-conditioner, served as a catalyst for me on thinking about the experience of heat, fire and its transformative potential. Suffering the extreme heat and smoke-filled, foul air forced me to turn inward and attempt to find solutions there.

Becoming authentic and true to the deepest parts of ourselves sometimes requires fire and heat to burn through the old and allow for the new. Carl Jung’s psychology, experienced through the symbol-producing process of individuation, along with the symbolic representation of this process contained in the ancient practice of alchemy, serves as a map and container for our understanding of the alchemical process of calcinatio.

We can also look to nature and forest fires to see the regenerative powers of fire and heat. It goes without saying that forest fires can also be destructive to both plants and animals, including human animals. But when viewed through the eyes of a naturalist and over a period of years, one can see how fires can also transform old, decaying forests into forests with potential for new growth and increased diversity. I have witnessed this firsthand through observing Yellowstone National Park over the years and how it has recovered since the great fires of 1988. 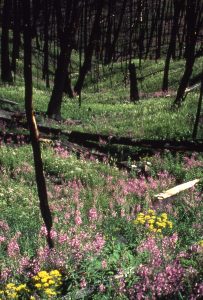 The psychological phase of calcinatio can have significant consequences. When forest fires burn down important human possessions, like our homes, these are of course, devastating losses.  Initially, we can feel the same when we are enduring the phase of calcinatio.  When a family suffers the loss of a home from a forest fire, there are times of grief, often followed by the rebuilding of both homes and lives.

The same potential for growth and renewal can be true for us when we are in a calcinatio phase and feel as if we are sitting in the fire and heat and being “burned down” by symbolic forest fires. As I mentioned earlier, calcinatio imagery can reveal itself in our emotions and/or body, and it is also not uncommon for dreams to utilize the imagery of heat and/or fire to illustrate these phases. Many of us choose to look the other way and we try to run and escape from the heat and flames. Like animals that flee from raging forest fires and extreme temperatures, the human animal often wants to escape from our inner symbolic fire and heat.

This is understandable, but often it is not in our best interests even though this may seem counterintuitive. Like certain trees such as the Redwood and the Lodgepole pine that will often not disperse seeds until the cones are subjected to fire, humans sometimes need symbolic psychological fires inside, the alchemical phase of calcinatio, to burn away outdated thoughts, attitudes and patterns of behavior to make way for new ways of being and seeing our world.

In other words, sometimes we need to sit in the heat and fire. Like I mentioned above, I was reminded of this truth on a recent drive across the high desert in extreme heat, with a broken air conditioner, and forest fires burning in the distant mountains. In my own experience of this, I wanted to run, to get away from my suffering and the intensity of scorching heat. Instead, I decided to accept the fact that there was nothing I could do. I took standard precautions and drank massive amounts of fluids.

But ultimately, I decided to accept my situation and to sit with the real heat and symbolic fire and its meaning for me. It was with this attitude that my situation became much more tolerable and even meaningful. This approach to the heat helped me to see how the old needed to go so that new life could come.

No matter how we choose to live our lives, we will all have to endure times of symbolic fire and heat. We can run from this important phase of our lives, with its inherent possibility of providing a time of transformation—a “burning away of the old.” Or we can choose to sit with the heat and fire—to learn about what it may have to teach us. Either way, we will suffer in an alchemical phase of calcinatio. But when we are able to sit with the fire, approach it consciously, we can find meaning there. Suffering in the case of enduring the alchemical phase of calcinatio, can transform—allowing for the new to emerge from the ashes of the old.

Sitting in the fire 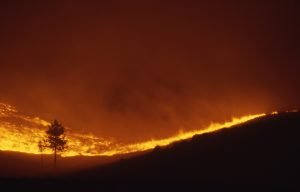